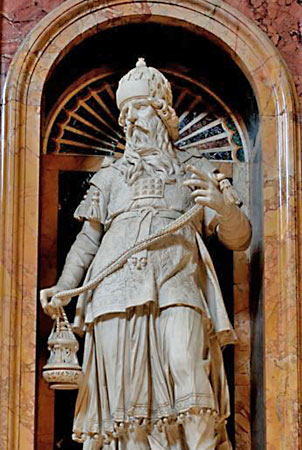 “Melchizedek (מַלְכִּי־צֶדֶק, malki-tsedeq). The king of Salem and priest of God Most High. Blesses Abram in Gen 14, referenced in Psa 110 in God’s promise to bless the Davidic king, and invoked in the letter to the Hebrews to affirm the priestly status of Christ.”[3]

Chapter fourteen of Genesis gives us one of the most troubling and problematic passages in the Old Testament. The question of “Who is Melchizedek and why did Abram tithe to him?” has baffled scholars and theologians for centuries. Although the scope of this essay could not possibly cover the magnitude of this question, I will attempt to build a case for whom Melchizedek might be pertaining only to Genesis’s historical context, Hebrew Syntax, and theological perspectives. Taking from only the Genesis framework, other references to Melchizedek in both the Old and New Testaments will be omitted for further research. This essay looks at the Melchizedek possibilities strictly from the book of Genesis.

Before we dig into more complex exegetical issues concerning Melchizedek, it is necessary to paint the milieu in chapter fourteen of the book of Genesis. “The patriarchal history describes a group whose lifestyle was, in all probability, that of pastoral nomads.”[4] This is true of most of the Pentateuch. Because it is a family history narrative, no data relates to the political or historical events or people in the contemporary ancient worldview of its time. There is one exception; Genesis fourteen. “This episode recounts a regional war between several Mesopotamian kings. Lot’s fateful choice to live near Sodom embroils him in the conflict, and Abram must rescue him from the kings who have conquered Sodom and the surrounding cities.”[5] This is a sharp contrast or break in the Abrahamic covenant relationship that God is establishing with Abram. In this chapter, we switch from primarily a blessing theme in relation to Abraham to that of war. “Learned papers in their titles have admitted that it is a “riddle” and an “enigma” due to its peculiar traits, among which are: a mixture of early and late features, antiquarian detail, the depiction of Abraham as a warrior, the mysterious Canaanite king-priest of Salem, and the only occasion of the description “Abram the Hebrew.”[6] I think it important to realize this jump or break the narrative because it could have a strong theological polemic.

Name and vocabulary are important in biblical interpretation. This is regularly lost in modern church translations of the biblical text. “Nevertheless, when we interpret a biblical text, we cannot discard the fact that the first recipients were the Jewish and, thus it is only natural to see their position as regards the respective text.”[7] To understand the potential of who Melchizedek is and why Abraham tithed to him, we need to break down the name in its original context. “This name, which is malki-tsedeq in Hebrew, likely means “my king is righteous” or “king of righteousness.” It could also mean “Tsedeq is my king” with Tsedeq referring to a deity’s name.”[8]

The name is either descriptive or theophoric. “It is interesting to mention in this context the fact that in the rabbinic tradition, the name Melchizedek is perceived rather as a title and not as a proper name (according to Genesis Raba 43:6).”[9] Melchizedek was both a king and a priest. Some ancient far eastern civilizations combined the two, but most separated them.[10] The point is that the name Melchizedek could be a name, a title, or a description of a deity. The phraseology is ambiguous at best and leaves much to interpretation.

Verse twenty is much debated as well. Some argue that tithe was written back into the text centuries later by the scribes to show this as the first tithe. “The introduction of ‘tithe’(vs. 20) (if it were not already in the test) would give the most unanswerable argument for the tithing system. Even Abram must pay tithes, and he pays tithes to the priest-king of Salem long centuries before it became Jerusalem, hallowed by the presence of the temple and the Aaronic priesthood This would put a most weighty argument into the hands of the collectors of delinquent tithes.”[11] What Anderson postulates is a potential manipulation in the text centuries later to argue for a tithing system that had yet to be institutionalized at the time of the Melchizedek encounter. From this argument, an offering, much like Cain and Abel, would hold up as a better understanding, or interpretation, of what Abram gave to Melchizedek in place of what modern Church systems would argue for a tithe. Either way, Abram honored the righteous king with thanksgiving, which brings on theological connotations.

Melchizedek was king of Salem, a Canaanite city that most scholars refer to as the location of Jerusalem. He was a priestly King representing God the Highest. This all has a theological literary context that points to a YAHWEH representative figure that interceded in a time of warfare on behalf of Abram whom he pays an offering to. Whom he is exactly is sidestepping the main point “The introduction of Melchizedek provides an opportunity for Abram to demonstrate that his military offensive was not motivated by personal gain. As an answer to Melchizedek’s blessing, Abram gives Melchizedek a 10th of the spoil he had recovered (vv. 16, 20), recognizing God’s role in his victory.”[12] This is a foreshadowing of what we see in the conquests of Israel to come. It shows the relationship with the people of Israel in a time of war and God’s sovereign rule over the outcome. It shows the covenantal relationship with God’s chosen people and his rule over where they go and what they do.

I am well aware of the amount of theological literature on this topic of who the character of Melchizedek might be. Academics and theologians have been debating this for years and will continue to do so for years to come. But to what end? Why? Could it possibly be that we are missing the broad purpose of its ambiguity? We just might have overlooked that this one passage, so rich in its mystic might just be what God had intended for us all along. Unfortunately, the plight of man has been our desperation in trying to figure out the mind of God when we should be looking for the will of God in our life that shapes who he wants us to be.